The Power of a Book

Have you experienced the transforming power of a book in your life?

Of all the books in the world, the Bible has been the most transformative book in my life.  The Bible has living, breathing power.  And I want my children to know that power for living. 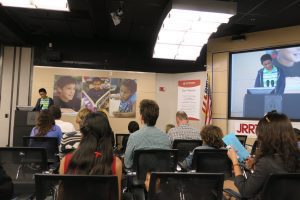 That’s why I was so delighted when my son Ethan chose the Bible as his subject for a creative writing contest sponsored by the California Association of Teachers of English (CATE).  The subject matter was the power of words.
Following is Ethan’s essay. He won first place for the 5th/6th grade division in San Diego.  We were proud to have him read it aloud at the award ceremony as a testimony of the power of the book – God’s book – to change a life.

The Power of a Book by Ethan Pellicane (6th Grade)

It was a cold, blustery day in December 1944 in Essen located in the western section of Nazi Germany.  The winter would be a record-breaking cold one.  But as cold as I was, inside of me a tense feeling lingered.  The feeling brought a spring to my step as I saw three armed Nazi soldiers rounding the cobblestone street, their goose step kicking up dust as they went.  When I felt that I was relatively far away, I cautiously looked behind me, and, seeing the absence of those soldiers, felt a feeling of relief rushing thru me, as I survived another day during my life on the run, my life of concealment.

But why was I living this masked life?  Why was I inflicting all this on myself?  Those were some of my most frequently asked questions, their words piercing my brain like a dagger.  But I always had the answer.  It was simple.  It was a book.  The book was the Bible.

Yes, it’s true.  I risked my life for a Jew because of a simple book.  Literature can change a life.  However, it can also be a pitfall that can consistently erode one’s soul.  This book is known as Mein Kampf, or my struggle, which has twisted a race, my race, into causing all this carnage and bloodshed.  You see, I am a firm believer in the power of words.  But we must learn how to harness this power for a better world.

Anyway, this all comes later.  In 1933, Hitler came to power.  At this time, I had not yet realized the power of my favorite book, so I was not troubled.  My relief came in the form of a pastor from Berlin, a man named Dietrich Bonhoeffer, who was preaching at a church in northern Essen.  Although I was reluctant to go, my friends dragged me along.  I was glad they did.  I accepted Christ, and was given a Bible, which I have read each night since then.

Seeing how the Jews were God’s people, I was determined to help is needed, and even to put my neck on the line, since that’s what Jesus did for me.  However, things were relatively OK for the Jews until about 1937.  After seeing all their pain, I was determined to help them.  But how?  The answer once again came in form of the church.  I asked Pastor Bonhoeffer about it, and he gave me instructions for a meeting with the underground.  Because no names were mentioned, I felt a bit of secrecy, but after the fact, thought nothing about it.

It was at the meeting that I got a glimpse of the danger we were in.  Everyone went by another common name to preserve secrecy.  At this point, I was starting to realize just what a dangerous game I was playing.  During the meeting, a man introduced himself as Mr. Smith, and told me he was an architect.  An architect was instrumental in hiding a Jew, since you need something to hide them in.  I was overjoyed!  Finally, there was someone who could assist me to find ways to help the Jews.

The next day, he came to inspect my small home.  He went to work in the basement while I strode out for a walk around the neighborhood.  When I came back, I entered my basement.  It looked the same.  Seeing my puzzled look, Mr. Smith opened up what I thought was solid wall to reveal a secret compartment.

Once I knew how to support a Jew, finding one was easy.  We found him on the streets and invited him in.  He was immensely grateful, and we were glad we could do our part against Hitler.  However, I could never say is was easy.  Because of the wartime rationing, I had to forge ration cards and had to face the task of having another body to feed and supply.  However, when we were liberated in ‘45, I knew I had no regrets about my sacrifice.

To be honest, I am surprised at the revolutionizing effect of that one book.  The book that changed my life, and caused me to save a life.  Books can be life-changing.  Choose them wisely. 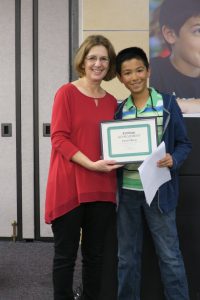