Teach Your Kids to Look Up When Walking Or Else… 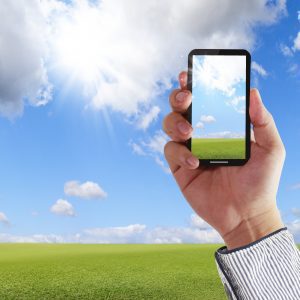 My Caucasian husband James loves to poke fun at me, his Asian wife.  He says I’m powered by orange chicken (I’m up for that!).

I did read a crazy Asia story that gives a solid reason to poke fun.  There was a Taiwanese tourist who walked off a pier while checking Facebook on her phone.

Walked off the pier people!

If your child is constantly glued to the phone, this may seem rather plausible!

This tourist tumbled off the St. Kilda’s pier into Port Phillip Bay while vacationing in Melbourne, Australia.  The water police found her floating meters from the pier.  Why didn’t she swim back to the pier and hold on?  Because she couldn’t swim!

She was taken to the hospital for observation but police said she was fine.  Victoria police said in a statement there was no need for a lost property report because the woman “kept hold of her mobile phone throughout the entire ordeal.”

Then there’s the woman from China’s Sichuan province who fell into a drain while she was fiddling with her cell phone.

Fell into the drain people!

Her leg slipped through one of the slats of a storm drain cover.  Passerbys couldn’t pull her leg out so firefighters were called to assist.  They used rescue tools to cut off the bars to free her leg from the storm drain.  She emerged only with a numb leg but others have not been so fortunate.  There have been deadly accidents in China caused by using cellphones – not by drivers, but by pedestrians.

Friends, we live in a very safety conscious society.  We use seat belts.  We sign permission slips.  We drive in an orderly fashion.  We don’t let our children walk to school because of possible predators.

But when it comes to phone use, we could use a little more safety instruction for our kids.

Don’t look down at your phone when you’re crossing the street.

Look in front of you when you walk so you don’t run into a thing or a person.

It may sound ridiculous, but as my hubby James and Ethan have biked into middle school for the first time this month, there have been instances of kids looking down at their phones and walking straight into their bike path.

Teach your kids phone safety and etiquette…so they don’t walk off any piers, fall into any drains, or veer into the bike lane.