What Memorial Day Means to My Son 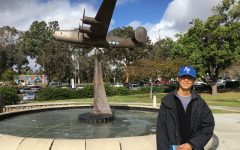 My son Ethan wrote this essay and I thought it would be neat to share something from the eyes of a middle schooler.  What our young men learn about the values and history of our country will have a tremendous impact on the future of America.

What Memorial Day Means to Me

Pearl Harbor, December 7, 1941: a day that will forever live in infamy. On this day, about 300 Japanese aircraft bombed the naval base around Ford Island and the surrounding airfields of Eva, Wheeler, and Schofield.  After the day, the Arizona had exploded, the Oklahoma was capsized, and tens of other warships were destroyed or smoldering.  The airfields had been thoroughly devastated.  In the words of the orchestrator of the attack, Japanese Admiral Yamamoto, this deadly attack “awakened a sleeping giant.”  During WWII, the United States fought with the Allies to end the tyranny of the Nazis in Europe and to liberate the Southern Pacific.

Five years after this devastating war in 1950, the communist regime of North Korea attacked the democratic, free South Korea. Even though the communists had nearly consumed the entire country, President Harry S. Truman rushed troops to the rapidly shrinking South Korean territory. Soon, Douglas MacArthur had successfully completed the Inchon Landings and pushed the North Koreans back to the southern Chinese border, only to be stunned by a huge Chinese counterattack.  However, the Americans continued to fight, and thanks to their intervention, South Korea is what it is today. Over the three years it was fought, 50,000 United States servicemen lost their lives fighting for a country that would not benefit the United States in any way.

Over the years, the United States has fought for the freedom and safety of countless from forces of tyranny.  Whether it was freeing the Jews in the Holocaust, fighting for the slaves in the South, the war on terrorism, or the war in Iraq against Saddam Hussein, the United States has been a beacon and protector for freedom, and will continue to be so.  Without the men and women who risked their lives to do this, the world would have been consumed by the forces of Nazism or Communism, and millions of free people would not be able to enjoy the freedom they do today.  They fought to keep us free.  That deserves to be honored.

That is what Memorial Day means to me.